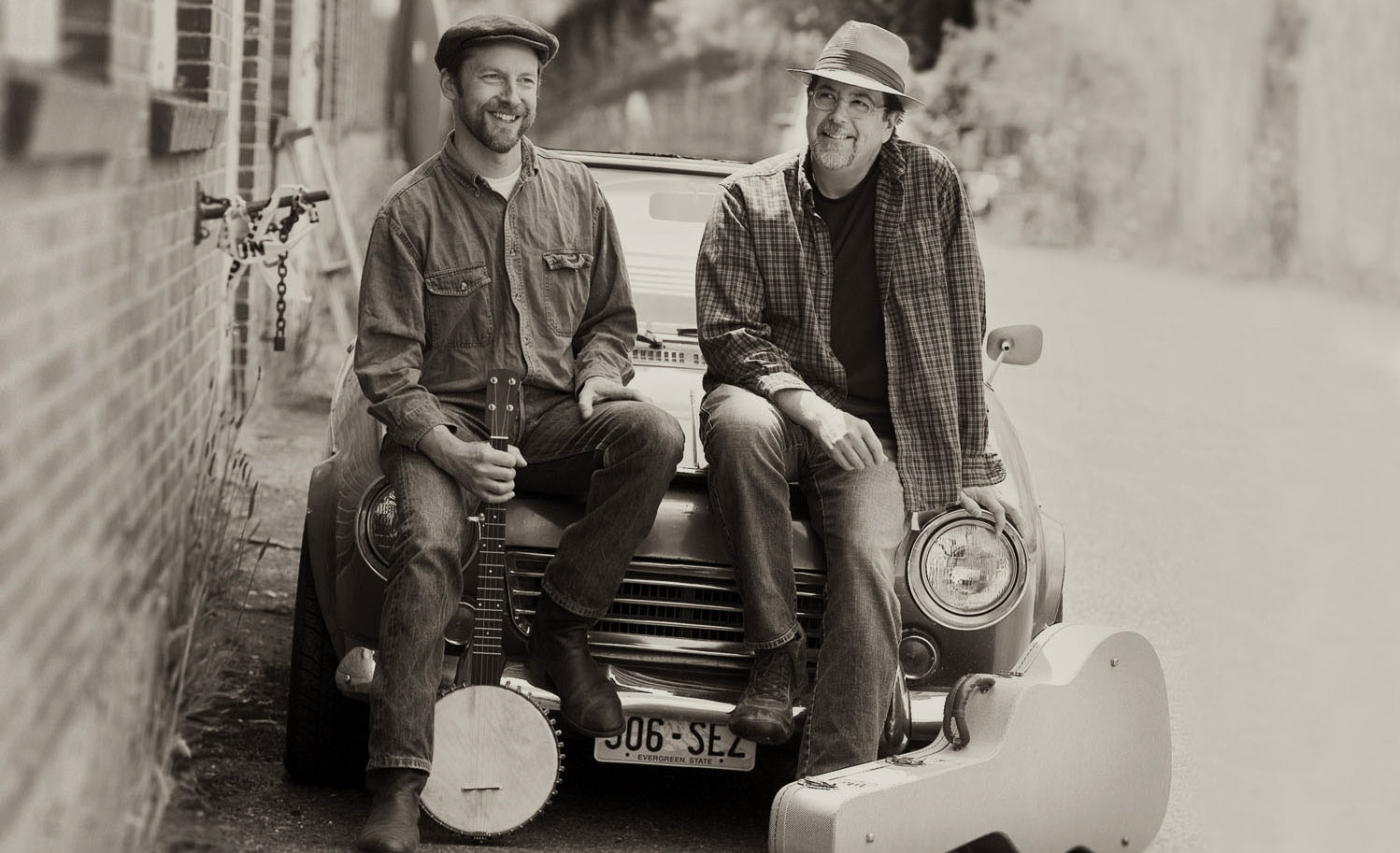 The CD may be purchased here via credit card or Paypal acct.  Just click on the buy button below.  Scroll on down and listen to a few of our tracks.

Thanks to Tony Mates and Dan Tenenbaum for the great fiddle playing and to Jere Canote for some fine harmonica and uke tracks.  Neville Pearsall at Synergy Sound in Port Townsend also did a masterful job with the mastering! 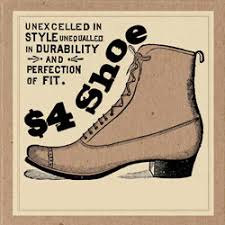 2- The Fatal Wreck of the Bus

4- There’s Trouble On My Mind

13- Too Young to Marry, w/ Tony Mates on fiddle

15- Wild Hog in the Woods, w/ Dan Tenenbaum on fiddle

For a group that bills itself as a banjo-guitar-singing band, the Seattle-based duo of Morgan John and Tom Collicott, known as $4 Shoe, includes on their debut recording only a handful of songs in that configuration. Of the seventeen tracks here, four are solely banjo-guitar-singing songs. The first of these is the 3/4-time topical ballad “The Fatal Wreck of the Bus,” first recorded in February, 1936, by J.E. Mainer’s Mountaineers. At the time of Mainer’s recording, the event was but two months past, and the ballad described the accident in which a Greyhound bus fell through an open drawbridge over the Appomattox River near Hopewell, Virginia. $4 Shoe’s version lacks the fiddle and second guitar of Mainer’s quartet version but is every bit as good at capturing the sentimental nature of the song.

They next use the banjo-guitar-singing configuration on “Georgie,” which is the Child ballad known as “Geordie.” Here the banjo’s inclusion offers a more old-time country sound than the folkier version recorded by Joan Baez in the 1960’s. Morgan John concludes the track by tacking by tacking on an original banjo tune that pairs well with “Georgie’s” “Black Jack David”-like melody. Banjo, guitar and singing are also featured on a jaunty “Honey Babe Blues,” and on a spare cover of “Man of Constant Sorrow” that has hints of the Stanley Brothers in the vocals.

Among the remaining 13 tracks, one is a fiddle version of “Golden Slippers” and six are fiddle tunes that range from the some-what obscure (“Nancy Ann and “Texas Bobwire”) to the somewhat standard (“Too Young to Marry”). Six other tracks are vocals on which the banjo-guitar duo is augmented by ukulele, harmonica, or fiddle.

It is among the vocal numbers that can be found the most compelling music on the recording, and when I say that, I include the four previously-mentioned banjo-guitar-singing tracks. The fiddle tunes are interesting, but the vocals are what makes this recording go. Among the best of the vocals are the aforementioned “The Fatal Wreck….” and “Honey Babe Blues,” and the three Delmore Brothers’ songs– “I’m Worried Now,” “Trouble On My MInd,” and “Smokey Mountain Bill.” Actually I’d have to put the Delmore covers in a class of their own. By using a banjo and uke (which the Delmores never did) on those tracks, $4 Shoe has crafted a sound of their own that includes a decidedly banjo-induced lope blended with a light, chugging uke backing, and which includes a grittier and sort of laconic vocalizing, all of which contrasts with yet retains a good bit of the even-handed and gliding instrumental feel and the smoother brother harmony that was the essence of Alton and Rabon’s sound. You’d still have to give the nod to the Delmores, but you’d also have to say that $4 Shoe versions are of a good spirit and highly entertaining. That could be said of this recording as a whole, as well.

-Review by Bill Wagner (for the Old-Time Herald, Feb-Mar 2011 Issue)